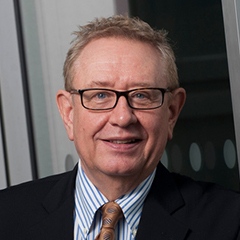 
Myron is the Founder and Chairman of boutique advisory company, Lewman Pty Ltd.

An experienced CEO of multinational companies, Myron grew up and was educated in the USA, graduating from the University of Richmond with a Bachelor of Science in Chemistry and PhD with honours.

Migrating to Australia in 1992, Myron guided the turnaround strategy of the $450 million Textile Industries of Australia Ltd, including the buyout of its famous Sheridan brand in 1996. After selling the Sheridan brand in 2000 to private equity, Myron has invested in and consulted to a number of key Australian, English and American brands. He was the Managing Director of Rossiter’s Pty Ltd (Rossi Boots). He has served on a number of advisory boards to Federal Ministers and is Director of Balcony View Investments Pty Ltd.

Myron is a Fellow of the GLF after completing the program in 2016.